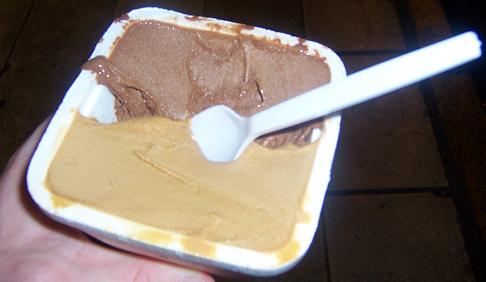 Out of all the ice cream parlors in Buenos Aires, Un Altra Volta in Recoleta is certainly up there in the cream of the crop. And this is in a city where the ice cream is some of the best in the world, due to the heavy Italian influence here. If the picture above does not convince you, read on for more information on Buenos Aires’ grand ice cream tradition.

Buenos Aires and the Italian Connection 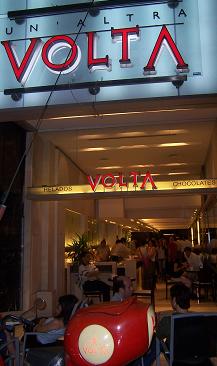 In related articles reviewing Banchero Pizzeria [1] and Caminito street [2], both in the ‘Italian’ barrio of La Boca [3], you can read more in depth history regarding the huge amounts of Italian immigration into Argentina around the turn of the 20th century. Of course, they brought with them Pizza and Pasta, two staples of both the diets of Italy and Buenos Aires, but also Ice Cream, or gelato (the version more common in Italy), the third prong of the proud Italian food triumvirate.

It has been dared to say that Un Altra Volta (known by most simply as Volta) boasts better ice cream than anywhere in Italy… though that is a bold statement. At this point, it must be clarified that Volta serves gelato, and there is a slight difference between this Italian concoction and your common ice cream or helado.

So what is gelato anyway? Here, Buenos Aires foodie Saltshaker [4] clears things up in his own review of Un Altra Volta [5]:

“…the nutshell difference between gelato and ice cream…? Gelato has no air whipped into it, even top of the line premium ice creams have some, and lower quality ones have lots. Gelato does not generally contain cream, it uses whole milk, and contains more eggs. This results in a treat that is lower in fat (generally 3-6% versus ice cream’s 11-15%) but denser in texture, more intensity of flavor, and it’s served at a slightly warmer temperature to make it soft enough to scoop, yet, because of the egg versus cream thing, it doesn’t tend to drip all over as quickly.”

For the ice cream fanatic, Saltshaker also has an excellent page dedicated to an overview of Ice Cream Parlors in Buenos Aires [6]. 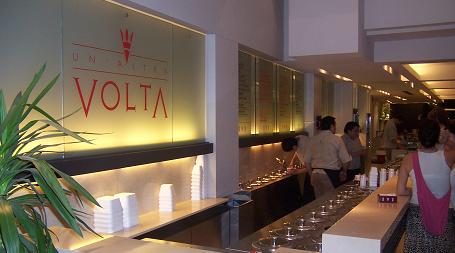 Another well-known Buenos Aires foodie, La Otra Dimension [7], adds the following about the difference of gelato [8]…

“…gelato flavours are often wonderfully intense thanks two factors. First of all, gelato has a lower fat content than ice cream; and fat, by nature, coats our tastebuds and dulls our perception of flavour. More importantly, gelato is made with a much higher proportion of fresh and natural flavouring agents such as ripe fruits or nuts.”

Note that the lower fat content in gelato makes it less filling, so you can eat a lot more, and make up for the fact that it is less fattening than regular ice cream.

Gelato from the gods 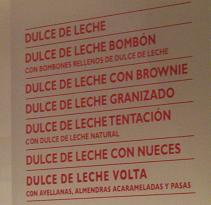 Whatever your choice of flavors, Volta does not disappoint. If you’re looking for a real taste of Buenos Aires [9], try the extreme sweetness of dulce de leche flavored gelato. Mix in contrasting strong flavor like chocolate amargo (dark chocolate) to balance the flavors. Both of these choices are just heavenly at Un Altra Volta.

The ice cream parlor is also a fantastic place to slowly enjoy your gelato, with a very white, futuristic, clean-looking interior that makes you feel like you have been transported into the future where the secret of 100% perfect ice cream has finally been cracked.

It is also a great place for a coffee with friends, especially on a nice spring or summer day when you can sit out in the lovely shaded patio at the back. There is always a nice mix of people there, always quite busy, with a chatty atmosphere, typical of the cafes in Recoleta [10]. Plus, the staff are extremely courteous and attentive. And if you don’t feel like ice cream, then a nice alternative is coffee with a few of their finely crafted chocolates, which although they don’t quite reach the heights of the gelato, are certainly very tasty. 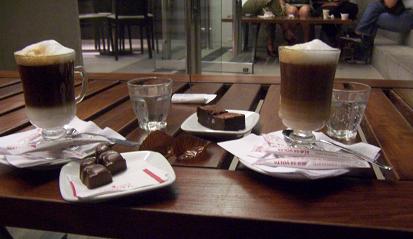