Imagine it is your last day ever in Buenos Aires, and you have just 24 hours to see and do all of the things you love in Buenos Aires for the very last time. Makes you think, no?

My Perfect Day in Buenos Aires

This thought inspired the following blog post, an itinerary for which I would definitely need all 24 hours of the day to pack everything in. I hope at least some of my fellow bloggers in Buenos Aires will read this and be able to weigh in with their own post about their perfect day in BA.

Please read on for mine… 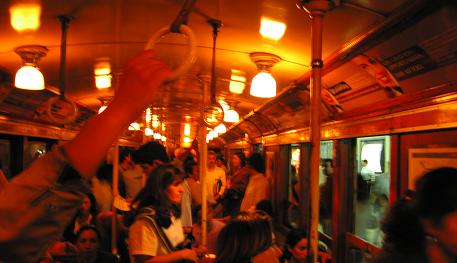 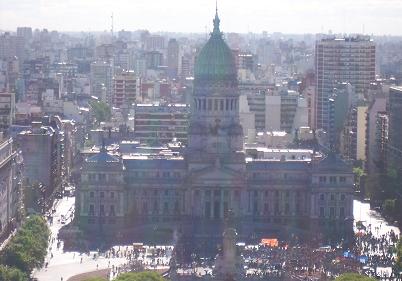 A Cake-o-holic’s Lunch in Buenos Aires 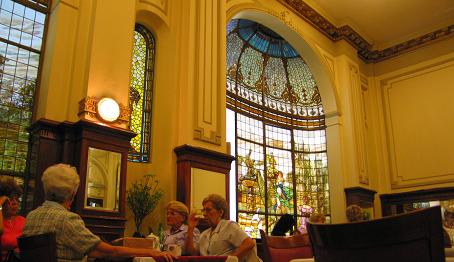 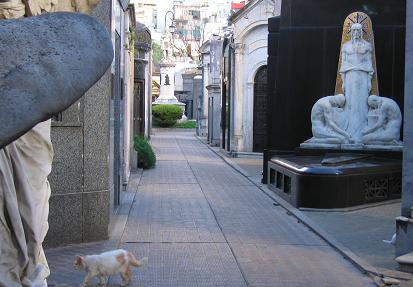 Night-time to morning: No time for sleep in BA! 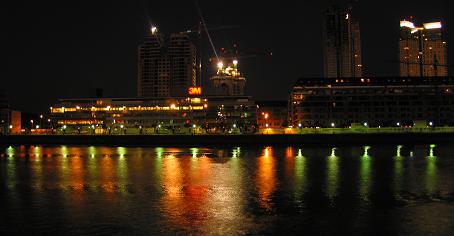 Your Perfect Day in Buenos Aires?

I’m very interested to hear about other people’s perfect days in Buenos Aires. Let us know, either on a blog of your own, or by posting your perfect day in the comments below. Thanks!

28 Comments To "One Day in Buenos Aires"

Hey Alan
Maybe you should drink a beer in the Irish pub Down Town Mathias in Belgrano “R”, Melian avenue, or know the history of the Hirsch mansion or the irish, english, german, and jewish highschoolls in belgrano too. 😀
This neighbourhood is hidden from the tourist guides.
Estaria bueno que lo des a conocer a traves de esta pagina.
Saludos!

You and the others are right, I really should be checking out Belgrano! I will get there soon, I hope, and learn some of its history too 🙂

As for beer, I am amazed at the realization that I didn’t include any beer drinking in my perfect day!

Although to be honest, beer isn’t really something I think of when it comes to BA! Belgium is my first and only real love in that area!

Thanks again for your great comments, and hold on for some Belgrano posts…in a few months!

Woaa that’s a really good one! Lots of things to do in a day. Let me think about it and I will sure do a posting about it too 🙂

Thanks for that…I know it is a lot to do, but I think it would just about be possible in 24 full hours…maybe taking more taxis than public transport and walking, although that would be a shame.

Looking forward to seeing your Perfect Day in Buenos Aires! 🙂

Alan, I will definately put together a post for the perfect day with kids, but I can’t promise if it will be done before the baby comes…since that’s only about a week away 🙂 It will most likely come to you after the New Year.

Thanks for saying you will do that in the new year, but more importantly, all the best for your impending new arrival! 🙂

Likewise. (Except the part about the baby.)

Thanks for the nice comment. You have some great pictures of Argentina on your website! Maybe you could write something about your perfect day in Buenos Aires on your site?

Looking forward to your post on this – I’m sure it will include some very trendy stuff 🙂 And thanks again for the nice comments.

We will be in Buenos Aires in December to catch a cruise. We will have up to two weeks before with a blank slate. Any not to be missed suggestions?

I have sent you an email with my ‘not to be missed’ suggestions.

Have a great time in Buenos Aires! 🙂

[…] Not surprisingly, every magazine and newspaper out there seems to be doing their end of the year roundups. I was reminded of our appetizer crawls by Frank Bruni’s piece this week in the NY Times Dining section, where he looked back at a year’s worth of reviews and came up with a “Restaurant Crawl” where he’d have one dish at each of his fave restaurants over the year. It also gave me a direction to tackle Alan’s proposal for “A Perfect Day in Buenos Aires” meme over at his Buenos Aires Travel Guide. So, looking back at all the wonderful (and not so…) food I’ve had on this adventure so far, how would I approach an Appetizer Crawl here? I’ll (conveniently) leave out the neighborhood restriction, when it comes to favorites, we’re just going to have to travel. […]

Hey Alan, you didn’t invite me to post, but what the heck, I went and did it anyway! (I hope it wasn’t because you didn’t like my article on Linea A: Taking the A Train.)

Yes, I would do, and have done with gusto, all that you write about in my perfect day—as a tourist. But I live here, and I don’t mind being labeled “expat,” although I can see it might be taken negatively. But calling a chorizo a chorizo, an expat is what I am after not living in my native country for 5 years–three years in Buenos Aires.

Love your site! Keep up the interesting good work!

Thanks for the nice words about my blog…always welcome!

Sorry I didn’t invite you to post directly on this…I just tagged one Tango related blog because I was going for one blog per each perfect day theme I could think of 🙂 Nothing against your blog, which I read and enjoy on a regular basis.

And hey, I did kind of tag you, because I invited any BA blogger to post at the end 😉

I did read your article on the A Line before and really liked it…great piece of writing on one of my favorite things in BA.

Thanks for posting your perfect day in BA…I see it now…good stuff. Even though I class myself as an expat living here, and definitely not a tourist, I still like to do ‘tourist’ things here. Although, to be honest, there is no such thing as a ‘tourist’ thing for me. Just interesting things and uninteresting things. And if they are interesting, I will do them, whether tourists also do or not…I was the same in England too…:)

*I am fine being called an expat, in fact I usually describe myself as that on the internet, probably even on this website too. I think you are referring to when I said to Miss Cupcake that I didn’t like being labeled as part of the ‘expat scene’, because I am not really in any way (I don’t go to expat events, or whatever), and I dislike being labeled in general 🙂

fabulous! the must see list for cool, hip spots must have a palermo stop, don´t you think?

stylish yet casual and probably the best restaurant: bar uriarte on calle uriarte (for dinner or drinks especially afuera (on back outside patio), barre 6 afternoon cafe hang, and the shopping!! (nothing is complete without the shopping guide). this is courtesy of liza from london: rapsodia, maria cher, jasmin chebar, mishka, ricky sarkany and sybil lane (shoes)…all around the intersection of armenia and honduras.

Hello ´palermo shopping and swank eats´, if that really is your name, eh???

Now then…how the hell did you get through my spam filter? I guess it´s because you didn´t post a website link.

I´m not going to delete you though, just for the pure comedy value. 🙂

i have never been to buenos aires but it sounds cool

thanks ever so much ‘ilikemonkeys’ for the deeply insightful comment 🙂

the city of buenos aires in argentina seems really cool. we’re doing a project of our perfect day there in social studies just like the one on this website. the project is a little confusing though because i need a list of restaurants and other places. :]

I am leaving for BA this sunday for a 2 wk Spanish Immersion Course and fun. Your blog came very handy, thanks and keep-up the good work. MAC.

Six months ago, a typical day in my life reflected that of your average young urban professional living in San Francisco: wake up at 8 am, shower, catch the bus to work, endure an 8+ hour day at the office, hit the gym, make dinner with roommates, catc…

Living in Cordoba, and needed to get out of the country for the day…Yes, I am an expat. So, I stayed in Buenos AIres and took the ferry over to Colonia. I took many of your suggestions for restaurants, and they were fantastic!!! I felt like a local!

Colonia was a disappointment. VERY expensive for average food. i was actually thinking of staying in Colonia before I scheduled the trip, and I am so glad I picked Buenos Aires instead.

Great job on your suggestions. Thanks for all of your hard work!

I’ve just returned to the states after living in BsAs for 3 months. I fell madly in love with the city, and am desperately seeking a way to return there permanently. Some places I sorely miss……….

2. La Catedral in Almagro on the corner of Sarmiento y Medrano. It’s an old, bohemian bar/tango hall/ art center. When my american friends came down to visit, I would take them there to take a tango class and enjoy local music. The atmosphere there is amazing, and much of the staff there speaks english. It’s also very cheap….about 20 pesos per person.

3. For those who like to drink…..definitely check out the Buenos Aires pub crawl. It runs every Thursday-Saturday night, alternating between the Palermo SoHo and San Telmo neighborhoods. It is a blast! It’s 50 pesos to sign up, and the rest of the drinks are dirt cheap. I believe the web site is [14].

4. Another cool spot to grab a drink is Mundo Bizzaro, on the corner of Serrano and Cordoba. The interior is cool, the music is amazing, and the bartenders are a lot more attentive than the usual porteno barmen.

5. While it is extremely geared toward tourists, the feria on sundays in San Telmo is a must-see. I would go every sunday to enjoy the countless street performers.

5. Taking the Tren De La Costa to Tigre is always a great experience. While I enjoyed Tigre, I particularly enjoyed getting off at San Isidro. It is a gorgeous, quiet town with a beautiful plaza right next to the train station. For a romantic evening dinner, go to Calixta, which is located right next to the plaza. It is a mexican style courtyard restaurant that also serves as an art gallery. It is amazing!

No matter what you do, you’ll fall in love with BsAs!

I am finally back in BA after living in 5 countries for the last decade. Yes, it is my city and I love it! Thanks for sharing your life with us. Happy to hear you are happy here!
I have a 3 years old daughter so I will write a post My perfect day… with children. Suerte y sigue compartiendo tu experiencia con todos! It is a pleasure!
Vane