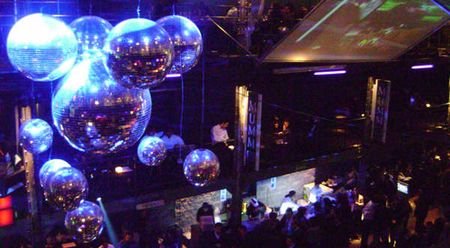 (But most people still refer to it as Club Museum, so it’ll stay that way for most of this article!)

In a late-night city like Buenos Aires it isn’t hard to find a club that stays open until the crack of dawn, or an “after hours” party that will keep you dancing until 10am the next day. This is what makes Club Museum / Boutique in San Telmo so special: on Wednesdays, the people come pouring into this massive three-story club early, at around 7pm, for their “After Office” party.

Wednesday has traditionally been the midweek choice for “After-Office” parties, when the businessmen of downtown Buenos Aires loosen their ties and down a few cocktails. You don’t have to have a suit, tie and briefcase to attend Museum’s Wednesday night affair, but do come dressed the part. Shorts and sandals are frowned upon at the door. 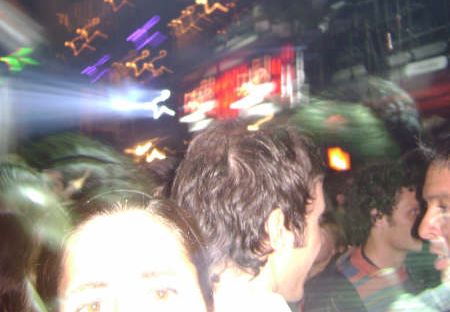 Happy hour begins at 7pm, and then until 10pm selected drinks are 2-for-1, with the food reasonably priced as well. Unusual for Buenos Aires nightclubs, there is no charge for entry at Museum until happy hour is over.

A wide variety of dining options… and sushi!

The variety of food [1] is decent – you can have picadas, pizzas, capresse salad, or of course sushi, as this is Buenos Aires’ trendiest option. The sushi here is about as good as it is anywhere else in Buenos Aires. It’s the same-old-same with sushi in Argentina, everything is salmon and cream cheese, salmon and cream cheese… or you might get their version of a tuna roll, where they actually stick tuna from a can inside the sushi rice. It’s actually not that bad, but it’s a shocker to see if you are a real sushi connoisseur.

For a more typically Argentine choice, there is the Tabla de Quesos y Fiambres, which is a platter of meats and cheeses, including jamon crudo (cured ham) – unbelievably tasty and large enough for two to pick on, and a good amount to eat to not get bogged down for dancing. 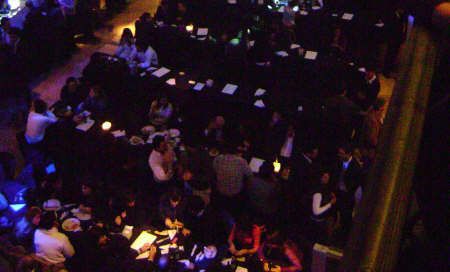 What do Club Museum and the Eiffel Tower have in common?

The building is quite striking, and it really stands out from the rest in this part of San Telmo [2]. The sheer size of Club Museum is  nothing short of overwhelming, having been designed by Gustave Eiffel, of Eiffel Tower fame! This old style French influence is apparent outside and in.

There is a huge cluster of giant disco balls hanging from the ceiling and large projection screens playing a mixture of liquor [3] and fashion commercials, and also street scenes from across Europe. The floor is wide open in the middle with tables in the front and in the back. There are also tables to sit on at the perimeters of the second and third floors, which you need reservations to get. 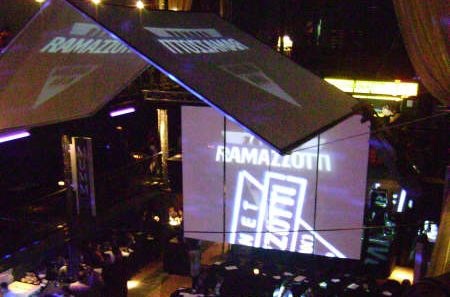 Live Bands – first sit down and enjoy the show…

Club Museum puts on live bands most Wednesdays from around 9pm to 10pm. During this time it is probably more comfortatble to sit either on the second or third floor balconies so you can enjoy your food and the music simultaneously without losing your voice attempting to talk to your friends over the speakers. To ensure that you have a decent seat you can reserve a table in advance (see below for details), though to do so you should have at least 6 or 7 people in your party.

…then get on the dance floor

Once 10pm rolls around make your way down to the dance floor where the DJ will surely play every song Madonna has ever recorded. It may be true that Madonna sings about 15% of the songs played in Buenos Aires nightclubs, and Museum is no different. The mix at Museum is mostly 80s music and electronic, with some latin favorites thrown in.

When you are downstairs, remember that the Argentines require less personal space in general than in the United States (and perhaps in Europe too). Everybody is bumping into each other and amazingly nobody gets upset about it. It’s just the way it is in Buenos Aires [4]. Restrain from getting angry and pushing back – this is just a cultural difference to get used to.

Museum is definitely the place to be on a Wednesday. Start at 7pm, leave before 3am (closing time), and still get up for work the next morning! 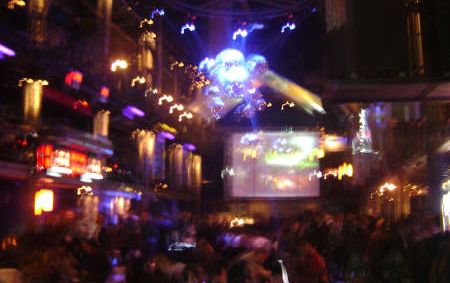 For advance reservations, you can contact Club Museum using the following details:

I was there on my last visit to Buenos Aires….great place!

Glad you liked Club Museum too.

Is there an age minimum to get into BA clubs?

In theory, the age minimum is 18. In practice, often a lot lower, I believe!

[…] miss Wednesday’s “After Office” party at Club Museum (or any Wednesday for that matter!) They play great music, have good drinks and dancing and you can […]