Chicken is a vegetable, right? 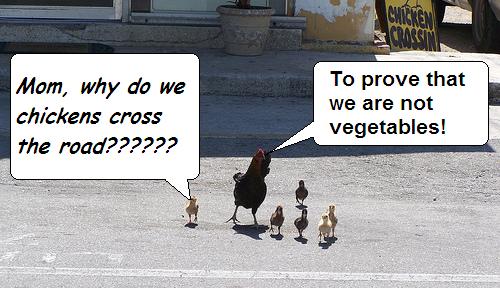 In Buenos Aires, the land of steak, it’s gotta be hard for vegetarians and vegans. After all this is a place where people asking for meat-free options in restaurants will surely hear the waiter offer up dishes with ham or chicken in them, because, after all, they don’t include any carne (beef).

Most people here in Buenos Aires simply cannot comprehend a life without beef, and who could really blame them for this standpoint, when 1. meat is so good in Argentina, and 2. eating beef is so ingrained into daily porteño life. However, if you come to Buenos Aires as a vegetarian or vegan, there are still quite a few dining options available…

Some of the most successful vegan dining experiences in Buenos Aires can be had at Filo in Retiro [2] (more or less the city center [3]), where a delicious cheese-less pizza is an excellent choice, and at Bio in Palermo Viejo [4], where both seitan vegetable curry with coconut milk, and tofu in a Dijon mustard sauce grace the menu.

And there are of course, many other options for vegetarians in Buenos Aires, many of which are also applicable to vegans, or can be easily changed to be so by making a special request…

So there is some “food for thought” before you dine out as a vegan or vegetarian in Buenos Aires.

Read more about Vegan dining in an excellent post by the urban vegan [15], who came to Buenos Aires to hunt down some excellent vegan food options in Buenos Aires restaurants [16]. She has also posted on Buenos Aires in general, including many fantastic photos of the city [17] (and Colonia del Sacramento [18] too). Go check it out [17]!

Thanks for the link to my reviews – I’d also point out (just because I’m happy I did it) that I published an article on vegetarian dining in BA about 8 months ago: [20]

There’ve been several more articles this year, including one in The Guardian UK, and in The Boston Globe that also looked at what options there are for those who don’t think a steak is necessary to be fulfilled as a human being.

No, thank you for writing the great reviews Dan! 😉

That’s a pretty cool article you did in Time Out… I didn’t get that edition of the magazine, yet.

Off to search for those newspaper articles you mentioned now…

Oi! There are more vegetarians in Argentina than you’d think… well, at least three (my sister, her partner and I – and we all emigrated), but you know what I’m getting at 😉

I was born and raised in Buenos Aires and sometimes forced to eat meat because of the reasons you mentioned above. I was never a big fan of the taste and told my doctor I wanted to be a vegetarian when I was 10 years old, only to hear “go home and eat meat like everyone else!”… six years later I decided I was old and ugly enough to live without steaks and red meat in general, then I stopped eating poultry and fish (although I sometimes force myself to eat seafood as I realise the importance of omega 6).

When my boyfriend, who is also a vegetarian, visited Argentina for the first time he shared his concerns with me: he imagined it would be just like Spain (where ham is not considered meat?!?) and was pleasantly surprised to find so much pasta! I’ve never had any problems finding meat-free food but would imagine it’s not the best place for vegans.

Keep up the good work! 🙂

Well, obviously I was joking a little bit about no vegetarians being born here, hence the 😉

I can just imagine a doctor here saying that… “go home and eat meat, and on the way, check in with your psychologist to discuss this strange vegetarian disorder you seem to think you have” 🙂

PS – Q. Why did the Spanish pig cross the road? A. He was being chased by a Spanish vegetarian.

Great post–thanks for sharing the information, and I’m glad you found my post helpful.

BA is a great city, and we would definitely return. One thing that struck me was how helpful the chefs in fancier restaurants (like Sinclair) were–and how willing they were to make a dish to accomodate my diet.

Wish we had discovered your blog before we visited. Tchau for nau!

Thanks for making the way over here after I bothered you i your comments 🙂 and glad you liked the post. It’s good to hear that chefs in Buenos Aires are happy to try to be flexible in this way.

If you come back to Buenos Aires, you could use my blog for info next time round 😉

Thanks again for writing your excellent post on your food experiences in Buenos Aires.

i don’t know if i missed something but did Cieguilla call herself old and ugly at the age of 16? Obviously a joke but that’s something that deserves a post.

“Your psychologist” – how porteño is that?! 😆

please feel free to discuss this ‘old and ugly’ thing between yourselves here in the comments section.

Hi! I’m a porteño-native vegetarian (and I’m not the only one, though you might think that it’s almost impossible}.

I read this review and I noticed that most of the places were quite expensive (except for Guerrin and Banchero). But, mind you, you forgot to mention (probably you haven’t checked them put) three great vegetarian and vegan restaurants, that are less expensive (actually, one of them is really really cheap):

Lotos: Av. Córdoba 1577
Only open at midday, it also has a great veggie market downstairs. I think it’s closed on Sundays.

La esquina de las flores: Av. Córdoba 1587
In the same block as the one above, this place closes early (I think around 8pm) and laso has a great veggie market. This one may also be closed on Sundays.

Los Sabios: Av. Corrientes 3733
This one is great! It’s a veggie/vegan all you can eat, quite cheap. Open Mon-Sun at midday and at night.

This is exactly the type of comment I love to get on my blog – recommendations from people that have lived in Buenos Aires for a long time. Thanks!

I haven’t checked out any of the vegetarian / vegan restaurants that you mention personally, but I will add them to my list, as generally I only eat in cheaper restaurants unless it is a special occasion!

Thanks again for your helpful alternative (and more economic!) suggestions 🙂
Alan

Thanks for the posting, Dan, as well as all of the other comments. I was wondering if anyone had any recommendations for me.

First off, I am vegan and will be traveling to Argentina for a month beginning July 29th for a training session for my work. To make things even more difficult, I will actually be staying in Campana, about an hour and a half outside of BA, at the Howard Johnson Inn, and will only have access to BA on the weekends. Apparently, there is no access to a kitchen at the hotel and only some rooms even have a personal refridgerator in them. I’m keeping my fingers crossed that I’ll luck out with one, but I can’t count on it.

I am already very concerned how I am going to make it an entire month there with my diet. I’ve checked with some of my coworkers who have already done their month long training session and they’ve said that practically all that they were fed was steak.

If anyone has any advice at all, I’d really appreciate it.

Not much to add to Dan’s comment really (thanks Dan) – it might be boring to stick to mainly salads and pastas for a month, but at least you know that these are almost always available in Argentina… and then you could try to pop to Buenos Aires city at the weekends to try out some of the suggestions above, for variety.

Or maybe we have a reader from Campana that could suggest something else for you?