Argentina Stereotypes – The Good, the Bad, and the Ugly 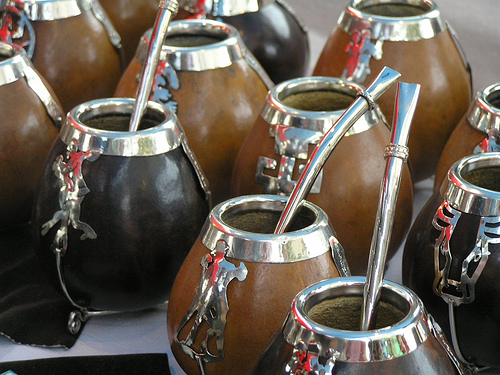 Argentina, as a nation, is not overly concerned with being politically correct. If you have been here long enough, you start to realize that generalizing and categorizing are part of daily life in Buenos Aires. Although some may disagree, on occasion stereotypes are important generalizations, and it is only by generalizing the specifics of the world that human beings can continue to have constructive conversations.

Of course, stereotypes aren’t always true (sometimes quite the opposite) or helpful. But it is a fact that they are there. Sometimes they can even be funny, especially if accepted by the nation itself.

So here is a top 10 of supposed Argentine Stereotypes (more specifically regarding Buenos Aires), some accepted, some not:

Your Suggestions for Argentine Stereotypes?

No one is saying that any of the above are right or wrong. Just that they are widely circulated stereotypes. What are your views on these Argentine stereotypes? Please leave your comments below.

Can you think of any more common stereotypes about Argentina or Buenos Aires, good or bad? Again, please leave your suggestions as comments.

See, I think the mullets and the ’80s fashion actually put this city at the top of the game – I could take a picture here and tell a New Yorker it’s Williamsburg and they’d totally believe me. But all these pretty ladies would probably look good even if gunny sacks were the new skinny jeans.

Hi Emily, thanks for making your way over and adding a comment 🙂

Just to let everyone know, I actually have a mullet myself, and it´s quite far advanced too!

Are we talking fashion mullet, or hair-cape? I think we live near your fiance, we should all go get a drink one of these days. Hair-capes invited.

yes, the stereotyping is spot on, agreed

I think it is somewhere between the two right now. To be honest, it is just a mess. I need a haircut….after which it will almost certainly become a fashion mullet because they also do that at the hairdressers, even if not asked for.

We should get a drink one of these days, indeed. Maybe sometime in January…I leave for the UK tomorrow for the rest of December.

Well, I have a plane to catch….and then everyone should expect a faster rate of blog posting from me when in the UK, because I will have more time to catch up on the many things I want to write about 🙂

Lets get this straight…they do wear mullets but they’re stylish at least compared to the american mullet. And..they dress 80s for fun, theyr not behind the times…actually you can go to the independent clothing designers fair every weekend…anything from cheap to expensive and inbetween..casual and formal, shoes, shirts etc.., i personally beleive they dress much better then the english. I lived there this summer and am going back to study for a year because i love the scene there so much…reggae, rock en espaniol, graffitti, art, film…bsas is one rockin funky city!

A workmate told me all the Argentinians wear mullets… he was (almost) right. Personnally, I dislike the style, but that’s just a point of view.

A VERY GOOD thing about the Argies is that they are really friendly and (almost) always ready to give you a hand and treat you like one of the family.

[I also liked the “fileteado porteño”]

A (very) bad thing is the lack of attention to detail when it comes to manufacturing things,or doing some kind of service… I think they often fall short of doing the right thing, because they’re so anxious to have the thing finished. It prevented me from buying some very good looking stuff but which would wear off very quickly in time.

Let me jsut add that I have just returned from a 2 weeks-trip to my native Buenos Aires… I was only 6 when my parents had to leave the country and I was never able to come back for a visit… I had been waiting for 30 years to fulfill this dream, and I am so happy it finally came true!

Machismo-ness and catcalling really REALLY get to me. They dont pick up their dog poo either! Other than that, love the city.

My wife and I noticed (in Bs As 11-07)that all the women were very close in size. Coming from the USA where we have very large (read: Fat) and regular size, it was refreshing not to see the very large. The reputation; however, of the Argentine being wonderfully dressed with a touch of glamor is simply not true. They look nice, but far from well dressed and glamorous.

I agree with Bert, that women look very nice, bet defenitly are far from well dressed and glamorouse. Except if you go to a high class party, but the averedge women are bad dressed. I am form Buenos Aires and I say this having the contrast to compare, i have been very lucky and travelled to 20 countries. here in bs as, we are starting, just in the past 5 years, to dress more funny, but before that we were all the same.

oh my god, i´ve been reading the stuff you published in this site for like…3 days and let me tell you i´m having so much fun with all those translations and your opinions.
I´m Argentinian by the way and i definitely have to say there´s not much “stylish” people here, it´s weird and maybe a bit hard to explain.
Anyways, thanks for saying that “the women are beautiful”.
You´ve got my e-mail so you could contact me if you want or need or whatever.
Bye.

Hi, everyone!
It’s funny, I found this article by making some research. I have to make a schoolwork about this stereotype thing and I have to say, I agree with you. I’m an argentinian and I think most of the things you wrote are true. I mean, who doesn’t love our beef ?? it’s imposible not to love it! and about the lazyness.. definitely true! But let me say about the well dressed and glamorous women, that there are so many diferent styles.. I couldn’t decide whether women are well or bad dressed, I can only say that they beeing beautifull is definitely true ! 🙂
I think that’s all I have to say 🙂 KISSES, CAMI.

I agree with everything you’ve said . My family is from BA and lives there and it’s all very true. Especially the mullet part…haha! Thank God I wasn’t the only person who noticed that!

in was writing about stereotypes, and i found your blog. its quite fun. and i must say im agree with all you say. mm, nop, almost all. if you want to see beautiful women in arg, go some kms north, to Rosario. only in Riga, Latvia, i ve seen more beautiful women together. good luck!

Having had such a turbulent political history, Argentineans are quite politically aware and they “all” have a professional opinion about how to resolve any political/economical problem, be it domestic or in some far far away country.

Argentinean cab drivers are the epitome of the above stereotype.

In Brazil, Argentines are seen as, more than simply vain/arrogants, racists and prejudicious.